Serrano Financial is a one-of-a-kind organization ranging in consumer services for credit repair to Medicare to life insurance and financial planning. We have over 10 years in expertise and clientele in credit advising, life and health insurance (including Medicare) and more recently, financial advice. To our knowledge, we are the only Company to bring together these particular fields of expertise under one roof. When applicable, we also have strong relationships with professionals in real estate, auto, tax, and law to assist our families.

Serrano Financial qualifies as a Credit Consulting and Repair agency fully registered and certified by the U.S. Department of Justice and operates in compliance with the Credit Repair Organizations Act – the federal law that governs the credit industry. We are also bonded and fully registered with the California Secretary of State. 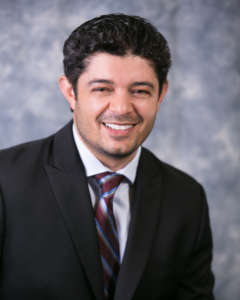 Derek Angelo Serrano founded Serrano Financial in 2018 and currently serves as its Chief Executive Officer. He holds professional licenses as a Series 7 Financial Advisor as well as a Life & Health Insurance Advisor. He also actively serves on the Board of Directors for the Alzheimer’s Association chapter in Orange County, California.

Most recently prior to his current roles, Derek held many leadership roles within Bankers Life, a multi-billion dollar national insurance company, between 2005 and 2018. He served on several national committees ranging from diversity marketing to sales technology to corporate and field compliance. From working with clients and advisors, to working with executives within Bankers, Derek championed a focus on the client experience and every agent’s career development.

Before embarking in the financial industry in 2005, Derek completed his bachelor’s degree at Yale University in 2002. Outside of his academic work, Derek mainly focused his time advocating for under-served communities in New Haven, Connecticut. After Yale, he returned to California to study at the School of Law at UC Davis, graduating with his Juris Doctor in May of 2005. During his academic career, Derek also completed summer coursework at UC Berkeley and Harvard University.

With honor, compassion and expertise, our mission is to protect and empower everyday families with one-of-a-kind financial guidance so that they may reach their greatest dreams.

To make a significant and meaningful impact in the financial confidence and economic leverage of our community.